Close to twenty years ago, Connecticut bass fisherman, Frank Gregoire, invented a bait/trailer unlike any other. It was durable yet supple and absorbed fish attractant, holding scent for far longer than traditional lures. After proving the effectiveness in multiple tournaments on various lakes, Gregoire approached a local tackle shop owner who was fascinated by the custom-made creations. The men agreed to present Loaded For Bass (Sudden IN-Pact Baits) products to consumers at a local trade show.

During a casting pond demonstration, the baits caused a feeding frenzy from the confined smallmouth bass that had previously ignored all other lures shown to them. The response from the crowd of anglers watching was overwhelming. Within minutes every package of Sudden IN-Pact Baits were sold out!  That day, a reporter from The Hartford Courant introduced himself and in March of 1998 published an article titled, “This Idea Is One To Reel You In” which outlined the story of how LFB was formed. It got the attention of fishing legend Jerry McKinnis who called Frank to congratulate him and offered some much appreciated advice.

From there, samples were sent to David Precht (B.A.S.S. Vice President of Publications) for his review.  LFB’s Sudden IN-Pact Baits were honored with the distinction of being named as Great Gear For Bassmasters, New Innovations in July of 1998!  (Article “Sent-Stingy Trailers” below.)

Over the next several months, letters and calls poured in from B.A.S.S. members all over the country asking to buy them. Gregoire had a full time position as a sales manager but with the help of friends and family, he produced a considerable number of baits to fulfill a large portion of the initial demand. Then, without any solicitation or advertising, tackle outlets throughout New England began asking to place orders. The only complaint was that these baits were too tough; they wouldn’t wear out fast enough, dry out or tear off the hook!  Store owners were worried that customers may not need to buy them as often like the soft plastics, pork, etc.

Although the product’s popularity, functionality and quality were outstanding…Gregoire decided not to quit his day job.  As a labor of love he continued to make baits for an array of clients: bass fishing pros, deep sea charter boats, local fishing clubs, many of those original customers and referrals nationwide.

Jimmy Marco, long-time friend and business associate of Gregoire’s, has also been an avid bass angler.  Throughout the past several years they’ve enjoyed trading ideas about fishing. During a conversation in the spring of 2015, Marco (a logistics specialist) expressed that he wanted to go another direction. Gregoire knew Marco’s passion for the sport, creative mindset and tenacity.  It was perfect timing and an ideal situation for both. This lead to a partnership and the relaunching of Loaded For Bass!

That summer the men brainstormed, spent many days on the water fine tuning new concepts supported by their decades of experience and have reinvigorated the brand. There are now several new items in the line-up but you may still purchase the classics that got it all started. All baits are hand crafted and packaged in the USA. Sales are done on-line at (loadedforbass.com), direct to consumer to keep the retail price as affordable as possible.

Marco and Gregoire have aligned with Richard White. White is also a friend, fisherman and associate of Gregoire’s.  He owns one of the most successful export companies on the East coast and will share his business acumen as part of LFB team.  All involved are eager to make a lasting IN-Pact on the fishing world!  The dream is to have Loaded For Bass become a staple in tackle boxes all over the globe. These guys have the same vision: do everything with the utmost integrity, always provide unmatched product/service, be proud to offer something unique that helps fisherman have a better experience, treat everyone with respect…have fun doing what you love. 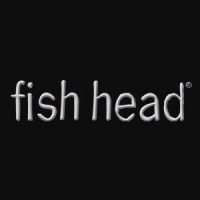 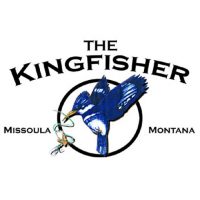 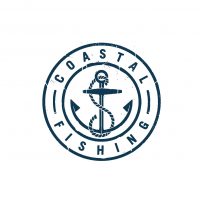 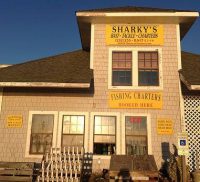 Sharky's Bait, Tackle and Charter Booking
Bait and Tackle Outfitters
Duck, NC, United States
252-255-2248252-255-2248
http://www.sharkyscharters.com/
“Sharky’s Specializes in Putting People Together!” Getting everyone onto a char... 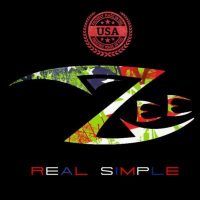 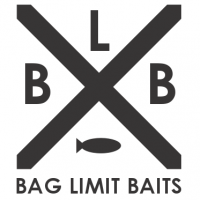 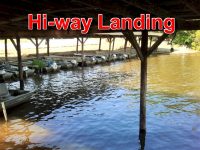 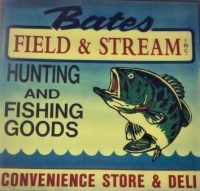